Life is about survival and about enjoying, and this rule also applies to the Finnish winter. Coffee, clothes, and snow play key roles.

The arrival of the cold and dark winter does not interrupt the daily life of the Finns, quite the contrary. Please find out how, besides surviving, they also enjoy it.

Finland is one of the northernmost populated areas in the world. Winter can last more or less – between three and seven months, depending on the country’s area – but it is always cold, dark … and snowy. However, this does not interfere with the rhythm of life. Finns go to work and school every morning, no matter how cold or snowy it is. They know how to take advantage of the winter months.

But what is it that keeps Finns going during the colder months of the year? 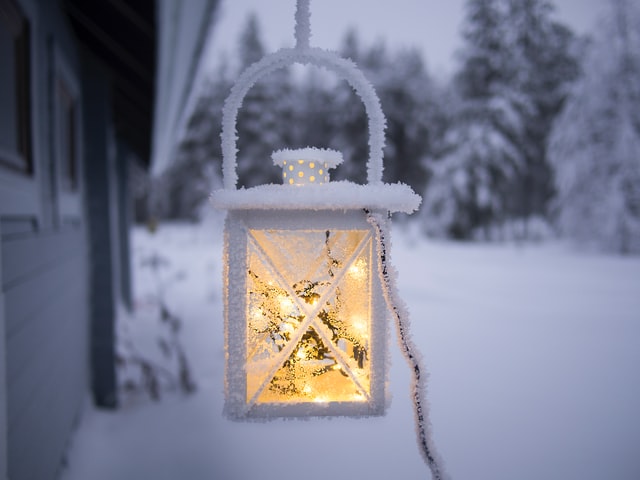 On cold, dark winter mornings, good coffee will wake up anyone. It provides strength to endure the day, and – believe it or not – some say it serves as a sleeping pill … According to statistics, coffee consumption in Finland is 11.92 kg per year per inhabitant (in 2009), about 3.8 cups of coffee a day (compare this with 4.09 kg per person in the US 7.35 in Sweden). The type of coffee that most Finns drink is naturally roasted and somewhat more acidic than the coffee usually drunk in the rest of Europe.

Offering coffee is a deep-rooted Finnish custom. In almost every gathering, be it family parties, visits with friends, celebrations at work, or official receptions, there will be a table with a beautiful set of coffee and assorted pastries. Finns drink coffee regardless of location or time, and any excuse to fill the cup is good for them. American-style coffee shop chains, relatively new to the city landscape, have built up a good clientele in a short time.

Other hot drinks, such as tea, chocolate, blackcurrant juice, and glögi (the Nordic version of mulled wine), also have their fans.

The sauna is a national symbol for the Finns. There are about two million saunas, which says a lot when you consider that there are 5.4 million inhabitants and 2.6 million single-family and semi-detached houses. And the number does not stop growing since most of the new apartments have an electric sauna next to the bathroom.

Finns bathe in the sauna to end an evening after doing sports or physical work that makes them sweat, in the name of friendship, when concluding negotiations or simply because that day is the time. The sauna is an integral part of the festive rituals of Christmas or Saint John’s Day. Contrary to what has often been believed abroad, Finns going into a sauna does not imply holding an endurance championship … they are content with the temperature being around 80 degrees Celsius; we shouldn’t exaggerate either.

In winter, the sauna is a great place to warm up, as well as a great place to relax. The sauna helps escape from the daily stresses towards another more peaceful and satisfying reality. And for some, there is no better pleasure than to dive and swim quickly in an event (a hole made in the ice of a lake or the sea) bathing sauna located onshore. They say that there is nothing better to improve circulation and, in any case, few things will make one feel as alive as getting into an ice bath!

When it is minus 20 ° C outside, a well-heated house is essential. In Finland, a lot of money and human capital has been invested in developing building technologies that save energy and use renewable materials. Regulations state that windows in new buildings have to be triple-glazed. The latest technology is that window panes work like solar panels. The exterior walls of buildings incorporate insulation at least ten centimeters thick, and repeated checks are made to detect possible air leaks.

There are several ways to keep homes warm, but district central heating is the most efficient, economical, and environmentally friendly. Through it, heat is supplied to a large number of buildings. It represents a 30% energy saving compared to the energy expenditure involved in producing heat and electricity separately. This type of heating comes from thermal power plants that produce both heat and electricity. The heat is transferred to the water, circulating pipes to the radiators in the houses, then returning to the power plant, where it is reheated and recycled.

Finns drive almost as much in winter as they do in summer. However, unique accessories are needed for driving in cold temperatures and on icy roads.

All car owners are required by law to equip their vehicles with winter tires, either flake or studded. Drivers have to watch out for ice and snow. As visibility worsens, roads become slippery, braking requires longer distances, and driving in thick snow makes vehicle control difficult.

The electric engine heater makes starting easier, reduces fuel consumption, and is a great relief for those who do not have a garage and leave their cars on the street overnight. Many drivers plug their vehicles into electrical outlets in parking lots near home when they return from work. The heaters built into the seats are part of the standard equipment on vehicles made for the Nordic countries, a detail that drivers appreciate in these latitudes.

Snow: how to get rid of it

It is not uncommon for the northern regions of Finland to be covered with snow already at the end of October. It does not usually happen in the south of the country until December or January. Usually, in the south, the snow does not melt until well into March, but it can last until June in the northernmost parts of the country. Finland knows how to cope, even with storms of snow and freezing temperatures.

Road maintenance is regulated by law. Private owners and local authorities share the responsibility for keeping them in good condition. Municipal authorities see that snowplows are ready when roads need to be cleared of snow and when salt and sand need to be spread to melt the ice.

Rural areas in Finland are sparsely inhabited. There are long stretches of roads maintained by private landowners, owners of adjacent land, or cooperatives responsible for particular sections of the land. The reflector posts, visible even during the most vigorous snowstorms, indicate drivers of snow throwers and other users where the edges of the roads are.

Snow: how to enjoy it

How exciting to get up one morning well into autumn, look out the window, and see that the first snow of the year has fallen! The kids rush out, delighted at the idea of ​​making the first snowman and finding a hill to go down with their sleds, while the adults pull their ski gear out of the cupboards.

Cross-country skiing is a national hobby, and almost all municipalities keep their slopes illuminated day and night. The Finland Hiihto cross-country ski marathon, with its 60 kilometers of track, attracts more than 5,000 participants annually. In February or March, schools close for a week so that students can ski, and many parents take vacations to share winter activities with their children outdoors.

Other popular sports are the many downhill skiing, snowboarding, and freestyle skiing. The latter are relatively new sports, which have quickly become the young and the very daring favorites. Skating is also very popular, as is cross country skiing. The municipalities are in charge of maintaining the ice rinks of the school sports fields and those located in other sufficiently large and flat areas. There are indoor ice rinks throughout the country, available to individual skaters and clubs and ice hockey teams, the sport that attracts the most spectators.

The secret to spending time outdoors in winter knows how to dress appropriately. Above all, you need comfortable underwear that absorbs sweat. Materials that transfer moisture to the outer layers of clothing while retaining heat and keeping skin dry are available to everyone in sports stores and department stores. On top of this underwear layer, you have to put another layer of insulating clothing: fiber, cotton, or wool is suitable material for this purpose. The third layer, the outer layer, has to be made of waterproof garments, which protect from the wind, but simultaneously breathe and, depending on the degree of cold, are padded or have a thick coating.

Must pay special attention to protecting the feet, hands, and head. First, put on socks that isolate as much as possible from the humidity without irritating the skin, on top, some wool socks, and finally, winter footwear with adequate thermal insulation and provided with non-slip soles. There is nothing worse than icy feet when you are outdoors. Gloves should be lined and not too tight. The hat should protect the ears well, and in extreme cold, a silk balaclava will protect the face very well.

Remember the Finnish saying: “There is no bad weather, only bad equipment.”

The joys of winter nights

Contrary to what foreigners may imagine, many activities can be chosen after the workday during the dark winter nights. An extensive network of libraries keeps the national habit of reading actively. There are also 250 publicly owned municipal colleges and numerous adult education centers throughout the country, which offer all kinds of courses at reasonable prices: languages, crafts, social sciences, art, sports, or courses on any popular or relevant topic? That may interest people. These alternative centers have a long history and attract around 800,000 students each year.

There are many ways in which Finns participate in the activities of neighborhood and international associations: through sports activities, studying other cultures, dealing with local issues, carrying out international development aid projects, advocating for children’s interests, elderly and disabled, and meeting people who share the same concerns. There are some 123,000 registered associations, and statistically, each Finn is a member of more than one of them.

Cultural hobbies and sports are very popular. Every city worth its salt has a theater, and a significant number of them have their orchestra. Waiting lists for the most popular performances can be several months. The indoor sports offer is long and varied, but ice hockey attracts the largest crowds on winter nights. So whether it’s staying home with a good book, learning Portuguese, or supporting your favorite hockey team, Finns have plenty of options to enjoy the winter season.