Every year, the film industry presents new films for the whole family, telling us stories full of great stories and adventures that make us experience endless emotions. And next year will certainly be no exception!

From new stories and characters from different countries to the return of various classics that we already know and love, we will soon enjoy new installments on the big screen. We share the most anticipated releases of winter movies for children. 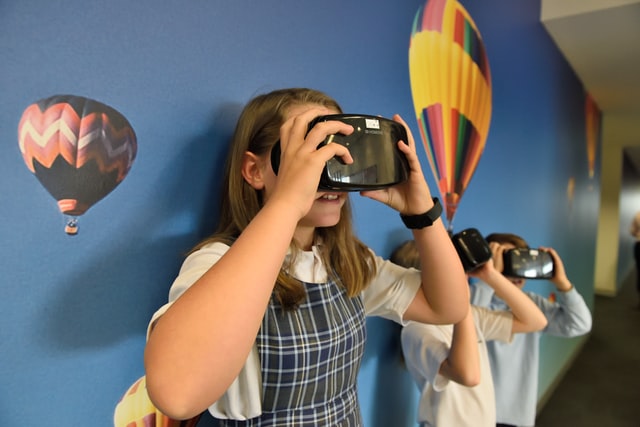 We start our list of releases with ‘Soul’, the new Pixar movie that tells the story of Joe Gardnet, a high school music teacher whose true passion is becoming a jazz musician.

When he seems to have landed his dream job, an accident sends him to a fantastic place where his soul is faced with transcendent questions such as: what is at the bottom of each one of us? Why would you want to be remembered? Along the way, he meets 22, a soul who will accompany him on that spiritual journey of discovery.

2020 will be the year in which we can enjoy the sequels of many successful films. One of them is ‘Trolls 2’, the long-awaited second part of the successful first animated film of these curious and colorful characters.

Minions: The Origin of Gru

Another film whose sequel is expected next year is the story of the peculiar and funny yellow characters that we do not understand anything but who undoubtedly make us laugh a lot: Minions 2.

The second part of this film about a curious and peculiar family of cavemen will also hit the big screen in 2020.

This animated children’s comedy and adventure film are about Turuleca, a hen that cannot lay eggs but has a unique talent: she is capable of understanding humans, talking to them, and even singing beautifully.

Raya and the last dragon

One of the premieres that we can enjoy at Disney in 2020 is ‘Raya and the last dragon’, which tells the story of a brave warrior named Raya , who lives in the kingdom of Lumandra, and is in search of the last dragon in the world.

Jungle Cruise ‘ is an adventure film based on the attraction of the same name at the Disney theme park, and that tells the story of two brothers who hire a boat captain to take them across the Amazon River at the beginning of century XX. It will star Dwayne Johnson and Emily Blunt.

This movie comes from the hand of Pixar and tells the fantastic adventure of two elven brothers, a plot based on the relationship between director Dan Scanlon and his brother.

The one and only Ivan

Based on the children’s novel of the same name, this film will tell the story of Ivan, a gorilla who lives in a cage inside a shopping mall with an aging elephant named Stella and a dog named Bob who do not remember how they got there. When an abused baby elephant named Ruby shows up, Ivan also starts taking care of her, and, along with the janitor’s daughter, Julia, they help turn things around at the mall.

A live-action adaptation of a Disney animated classic will hit theaters next year. The mythical warrior princess is played by the Chinese actress Liu Yifei , and as you know, it tells the story of the only daughter of an old man who disguises herself as a man to fight in the imperial army against the invaders.

A fantasy film aimed at young audiences, directed by Kenneth Branagh that adapts the first book of a popular literary saga created by Eoin Colfer.

‘Artemis Fowl’ aims to become Disney’s, Harry Potter. We will see if it succeeds.

In 2020 we will also be able to see some remakes, such as the one of the classic film of the nineties “The Secret Garden”, based on the novel of the same name that tells the story of Mary, a girl who after being orphaned, is sent to live in his uncle’s house where he will discover great and magical secrets.

The curse of the witches

Another film of which a remake will be made for 2020 but of which no image has yet been revealed, will be that of ‘The Witches’, based on the novel of the same name by Roald Dahl , in which we meet a child and his grandmother, who after traveling to a tourist center, arrive at the same time as a congregation of witches takes place, led by the Grand Witch, played by actress Anne Hathaway.

And finally, apparently, this coming 2020 will be the year in which the live-action on the famous Barbie doll will finally see the light, a project that Mattel has had for some years and that has undergone many changes and adjustments. The popular doll will be played by Margot Robbie.

Undoubtedly 2020 will be a year in which we will not lack new children’s films that we can enjoy as a family. What is the one you are most excited about at home?