The cold’s arrival is one of the most worrying challenges for the immigrant, especially if you live in Canada. The dreaded winter, characterized by shallow temperatures and prolonged snowfall, constitutes a difficult but not impossible barrier to integration.

Keys to surviving winter and learning to enjoy it 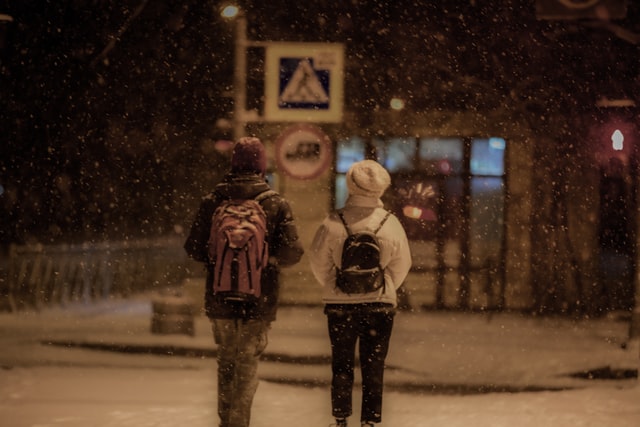 Immigrants in the United States or Spain must also face severe winters with frigid temperatures and short days.

Newcomers soon discover that winter does not interrupt the daily lives of the locals. There are habits, techniques, and resources that allow you to survive extreme climates and learn to enjoy them.

Taking advantage of the winter months is possible by following this simple survival guide for immigrants:

In countries with four seasons, where extreme climates and atmospheric phenomena are frequent, such as the United States or Canada, checking the weather forecasts daily is a well-assumed habit among locals.

Weather forecasting services are very successful, as they have the most advanced technological devices to anticipate catastrophic situations and alert the population. 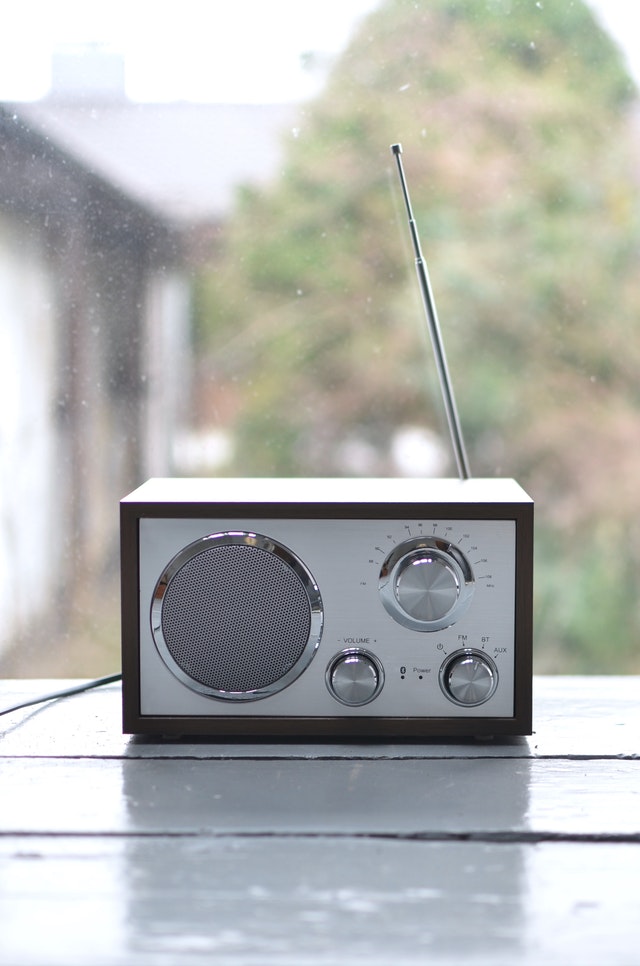 In general, North American and European citizens are used to reviewing these services to organize their outdoor activities, plan their trips on roads and highways, and even decide how to dress and wear shoes daily.

In Canada, The Weather Network is the service most used by the population. In the United States, there is the state service National Weather Service.

In Spain, there is the State Meteorological Agency. Also, almost all the media (internet, press, radio, and television) report on the weather in their news spaces. Checking the weather forecasts daily should become a habit of every immigrant.

The first big lesson about winter an immigrant learns is the “wind chill index.” In meteorological services, they usually identify it as “The Feels like Index,”

It is a significant indicator to assess and determine how cold your skin will feel accurately. For example, if the outside temperature is -10 ° C, with a thermal sensation of -20 ° C, the index indicates that the “real” weather will be felt at -20 ° C.

The vast difference between the calculated temperature and the wind chill is several factors; perhaps the most important are wind and humidity. A wet and windy day is undoubtedly a much colder day, even if the sun is shining bright.

That would be the second great lesson for the immigrant who is beginning to get used to winter: do not trust the sun; it is the wind chill index that will determine whether to wear the warmest gloves and scarf.

Rule out improvisation when driving in the winter

Even with vast experience driving vehicles, overconfidence and improvisation should be avoided when driving in winter.

The first recommendation is to check the weather forecasts and how they will affect the roads and highways’ condition. For example, the so-called “freezing rain” (“freezing rain,” in English) occurs when drops of water pass through an atmospheric layer at sub-zero temperature and fall into In the form of small pieces of ice, it is one of the most dangerous weather conditions to drive. 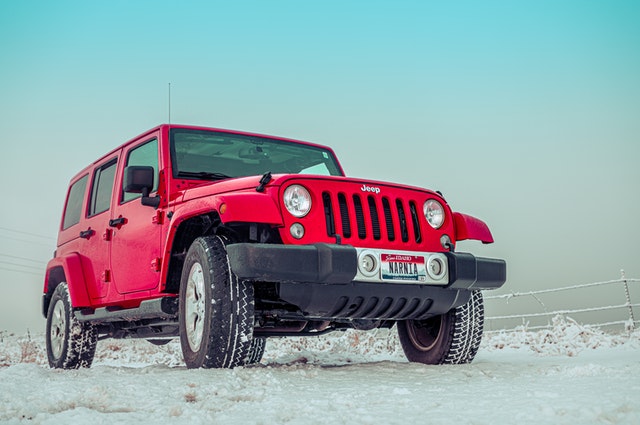 It is essential, in addition to a requirement of traffic laws in some regions, to carry special tires for winter (“winter tires”)

It is recommended to have an emergency kit containing a flashlight, tools for emergency repairs, a first aid kit, blankets and clothing, dry food, and water inside the vehicle.

This recommendation is critical if you make a long trip between cities or if you usually drive with children or the elderly as passengers.

Learn to dress in winter

The enjoyment of winter begins with learning to dress and shoes correctly. Layering is suggested. The first, glued to the skin, is usually pants and a long-sleeved shirt, skinny, made of a natural thermal textile (such as “fleece” or merino wool).

The second layer is constituted by the wardrobe that will be worn: pants or leggings, for the ladies, shirts, flannels, T-shirts, etc. The third and successive layers will be added according to the outside temperature.

Generally, at least three clothing layers are suggested: the first to absorb moisture from the body, the second to provide a wind chill, and the third to serve as a windbreak.

They are essential items, such as a final layer: a winter coat (waterproof and with a hood), a scarf, earmuffs, gloves, and a hat to cover the head well. The feet should be protected with thermal socks and waterproof winter boots.

Stores are specializing in the sale of winter clothing and footwear. It is convenient to follow the suggestions of the sellers if you have doubts. The garments are made for different temperature levels, and it is specified on the labels.

These items are usually expensive, but the good news is that the investment can last several years if the pieces are carefully cared for and washed at the end of winter.

It is advisable to reserve a budget for these purchases.

It is suggested to avoid acquiring pieces of inappropriate materials, even if they are cheaper. If you have a limited budget, it is possible to buy good used items in excellent condition in stores designed for that purpose. This practice is recommended if children must be dressed and shod, who tend to change size annually.

Prepare your body for the winter season.

During winter, the human body undergoes alterations. It should be adequately prepared, especially if you are not used to freezing temperatures.

For example, the lack of sunlight causes vitamin D deficiency. According to the specialized publication International Archives of Medicine, the absence of vitamin D in the body could be responsible for the depressive symptoms that some people suffer during the winter season.

Therefore, it is advisable to eat foods rich in this organic substance, such as salmon, tuna, trout, herring, cow’s milk, and soy drinks. If vitamin D deficiency is identified, dietary supplements can be taken.

When it is cold, the body uses more energy to keep the temperature stable. Therefore, healthy, caloric, and hot meals are incredibly comforting.

In Europe and North America, this infusion is considered an antidepressant and a natural antioxidant, exceptionally favorable for winter when consumed two or three times a day.

This treatment is considered a reliable medical remedy and is recognized by the scientific community.

Hydrating the body is another important suggestion: drink water and use creams for the body, hands, feet, and lips. The heating should be kept at a stable temperature, without exceeding it.

Between 19 and 21 degrees Celsius is advisable. When sleeping, it is suggested to lower the temperature a little to 17 or 18 degrees Celsius, as the heater’s dry air can affect the airways.

Liven up your atmosphere in the winter

In winter, avoid melancholy. Listen to music with vibrant rhythms that provoke joy and make you want to dance, feel happier and more motivated during the day. Contrast the dreary grey tones of winter with bright, cheerful colors.

Wear colorful accessories, although winter fashion dictates grey or black. Dress your bed with colorful sheets, place flowers in your home. Animate your environment with the tones of summer, even if everything that surrounds you is winter white.

Do some physical activity in winter.

A worrying habit for some immigrants is to lock them in for the winter. “It’s too cold; how is it possible to go outside?”

The answer is easy; you already read it in recommendation number 4 of this guide: dress appropriately. There is suitable clothing for every outdoor activity.

Performing some physical exercise outside is highly recommended during winter; it allows you to stay in shape, facilitates the enjoyment of sunlight (scarce in the season), and stimulates tolerance to cold. 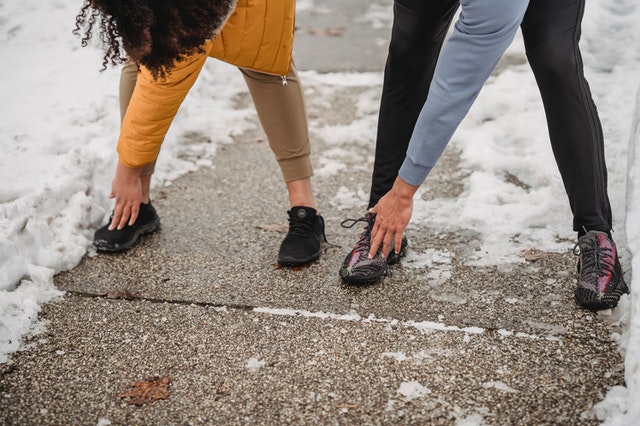 A simple 20-minute morning walk, twice a week, can be the difference. Those who enjoy better physical conditions and have a high sense of risk will be able to venture into winter sports.

The most popular are downhill skiing and cross-country skiing. Both require specialized clothing, which can be rented, and a certain level of training. Other less demanding physical activities are snowshoeing (also called “snowshoes” in English) and ice skating.

Enjoy the daylight in the winter.

As already mentioned, sunlight is scarce during winter. Do not waste the opportunities to expose yourself to the sun. Eating lunch near a window or even outside is recommended for people who meet working hours during the week if the temperature is not cold.

Make purchases on foot, instead of taking the car, if this is possible. Start your day very early, even if this means you have to go to bed a little earlier. Sunlight will be your best ally against winter decay.

Avoid exposing yourself to the outside unnecessarily in the winter.

During extreme cold days (-20 ° C onwards), it is suggested not to unnecessarily expose yourself to the outside. If possible, avoid going out. People who work outdoors should increase the number of breaks to warm up indoors.

If you have to go outside, you should dress appropriately and take short walks. It is especially advisable to prevent falls that can occur due to frozen ground. The recommendation is to stroll and, if possible, not carry objects that hinder mobility.

If you have been in the cold for a long time, you should watch for hypothermia. The first symptoms are an increased pulse, signs of confusion, tremors, and muscle stiffness. Call the emergency numbers (911 in Canada and the United States and 112 in Spain and the European Union in general) if you experience any of these symptoms.

Discover the pleasures of winter

Yes, winter offers extraordinary pleasures. For example, contemplating the fantastic view of a snowy forest is a special moment for an immigrant, especially for those who come from tropical climates.

Skiing, ice skating, making snowmen, watching the winter fauna, attending a hockey game, improvising a snowball battle, a campfire, or having a hot chocolate under a fireplace are moments of great satisfaction.

Everyone will find the activity that best suits them. Even in countries where the winter season is usually long and extreme, such as Canada, the urban infrastructure is adequate for comfort despite the freezing temperatures. 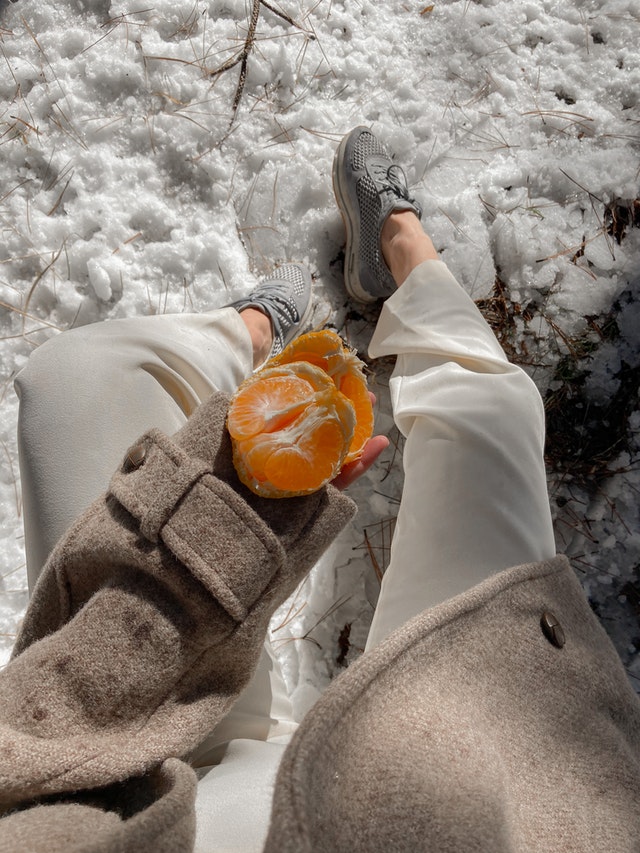 In Montreal, Toronto, Calgary, New York, Boston, or La Coruña, among other cities renowned for their cold winters, the municipalities make arrangements for citizens to enjoy shows and outdoor activities.

The invitation, then, is conducive to all: discover the joys of winter!

To learn more about the harsh North American winter, we recommend reading Weather in Canada and Weather in the United States. Helpful tips for dressing and putting on shoes to withstand the cold in the Tips for learning to dress in the winter guide.